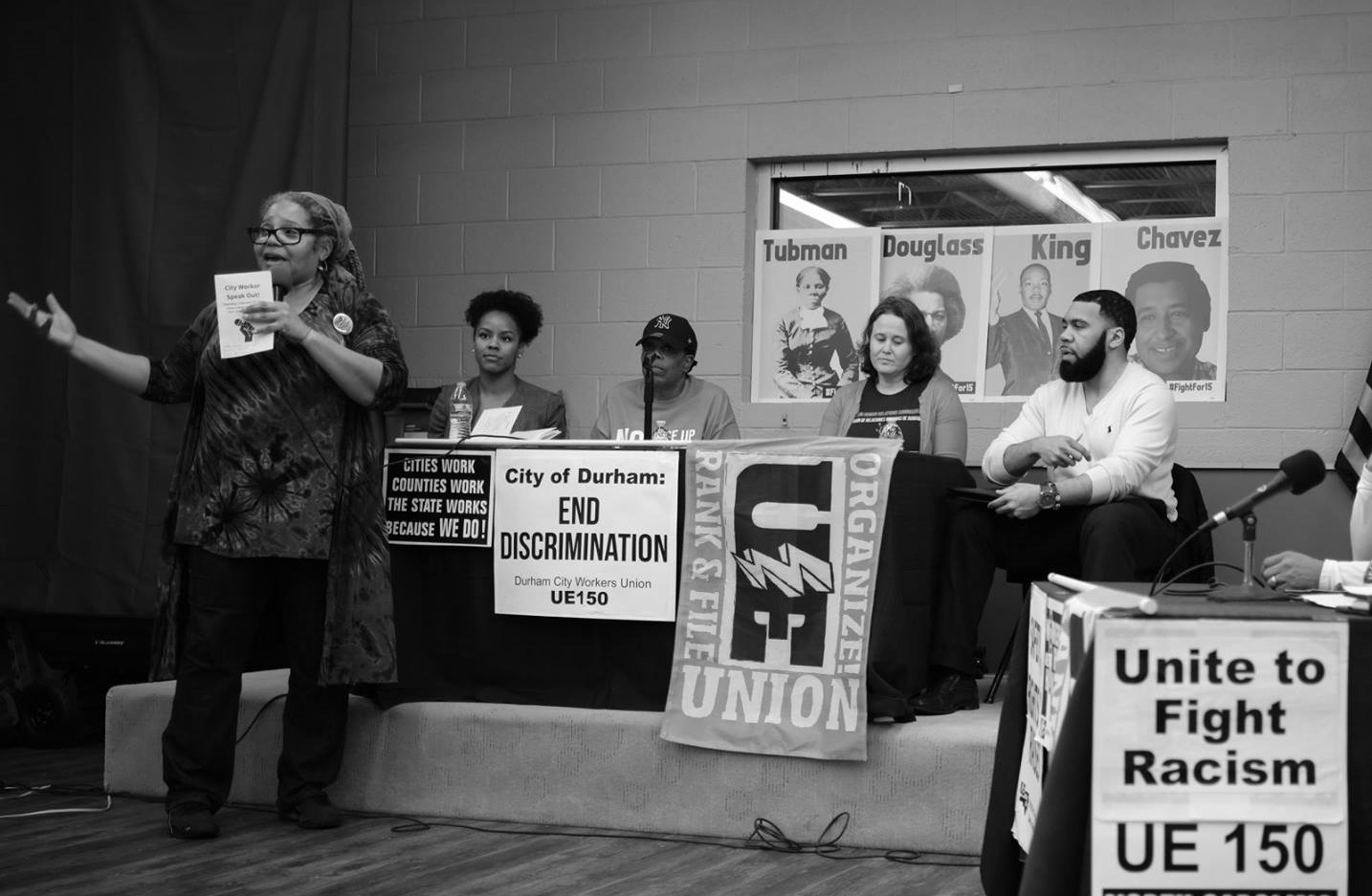 In May 2019, after 3 years of union members exposing how unfair and biased a merit-only pay system is, resulting in management getting larger raises than front-line workers, the City agreed to implement a new Step Pay Plan based on years of service resulting in average raises of $3,100 per worker some getting as much as $6,000-$8,000. This came after years of workers organizing and speaking out. First, union members met with City Council members to expose the merit system. Then, in 2018, the City agreed to hire a consultant to review the pay structure. After much pressure from the union, they came back with an initial recommendation in February, that would have created a new Step Pay Plan, but would have reduced most workers maximum pay, the cap of their salary grades would be lowered.

Upset by this, union members organized a mass petition, collecting several hundred signatures, and organized a mass worker speak-out. Over 80 people attended, including the Mayor, and more than a dozen workers spoke out, and gathered media attention. The City agreed to delay their decision on the wage plan by one month, which the union used to continue to organize and document the problems in the new plan. After continuous push back from the workers, the union won a significant increase in the the starting pay for laborer from $15.64 to $16.89, similar increases happened for all pay bands, and scale grew to account for 12 years of service, with wage growth possible up to 54% above starting pay. Workers would get 4% step raise each year, plus 2% market adjustment on top of that every other year, totaling over 10% each 2 years after 2019, if they meet basic standards. (See image below for before and after comparisons of Durham City Workers pay structures.) Merit pay for those that are “exemplary” could still occur as a bonus on top of the step raise. This was a huge success! It was also after the Union won a similar step pay plan based on seniority in Charlotte and Raleigh. Let’s keep building so that EVERY city has a Step Pay Plan based on years of service.