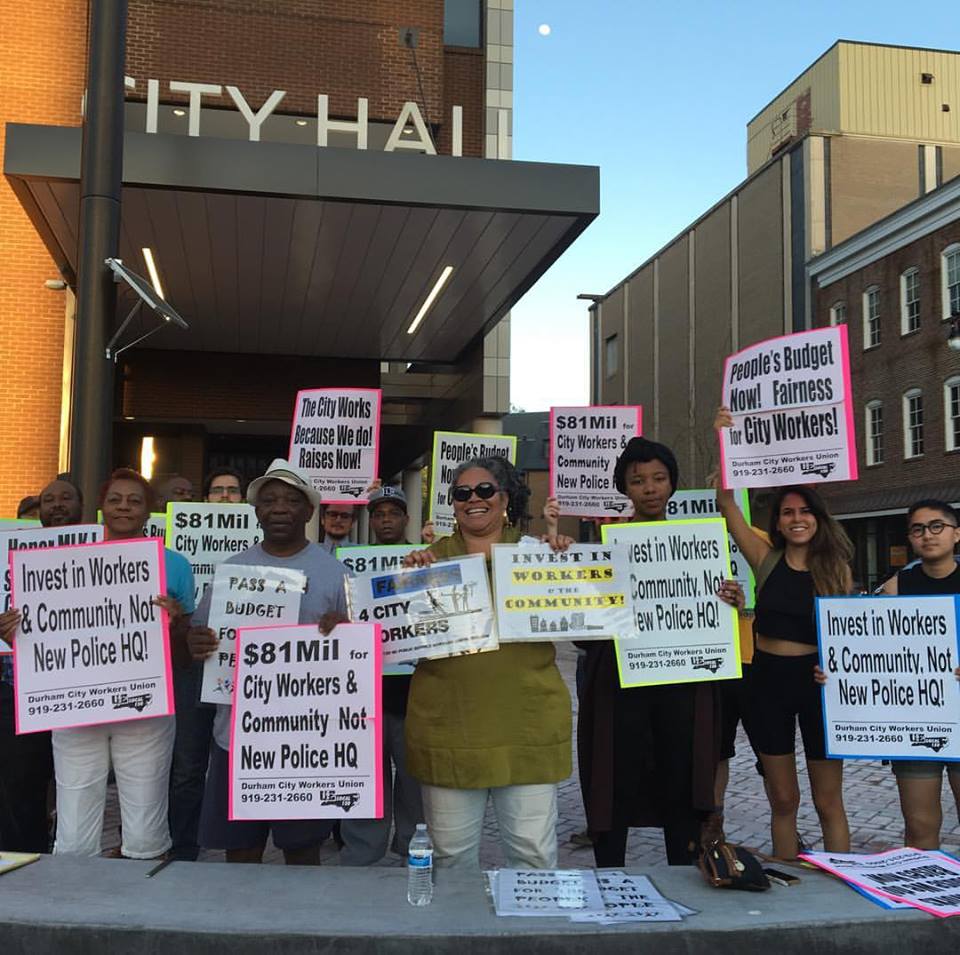 Let’s keep building our statewide movement and program for change!

RSVP by calling UE150 Municipal Council Chair Nathanette Mayo at 919-231-2660
City workers across the state of North Carolina are organizing and joining our Union. Coming off the heels of the powerful 10-week campaign victory of Durham city workers, many others are mounting similar campaigns to fight for better wages, safety, union rights and much more!

The Summit will bring city workers together to:
Develop a statewide program
Build Statewide movement to empower city workers & take on bad state government
Learn about victories with workers from other cities
Learn lessons, best practices to strengthen union

Durham city workers won the largest wage increase in nearly a decade after 10 weeks of informational pickets outside city hall, drawing in community allies such as the People’s Alliance and Durham Beyond Policing to help connect their struggles to other social justice issues in the city. City Council voted in their budget in late June to bring the minimum wage up to $15 per hour by July 1, 2018, and agreed to language to also include part-time employees. Durham workers have also been pressing for a formal resolution of quarterly meet-n-confer between the union leadership and the city manager and department heads.

City workers in many other cities across the state are continuing to raise up and organizing together. Many have won important changes.

This September is the 10th year anniversary of the Raleigh Sanitation workers strike that rocked the state, resulting in not only the Mayor Charles Meeker riding on the back of a solid waste truck, but also recognition of the union payroll deduction, meet-n-confer system with Mayor, hiring all temporary workers as permanent and a back-pay settlement for stolen wages.

This September is also the 4 year anniversary of the Charlotte City workers major struggle for recognition, which eventually won payroll deduction and a series of meet-n-confer sessions with city manager Ron Carlee. Carlee recently left the city, and our union leaders there are continuing to push forward a long campaign to eradicate merit (favortism) based raises, and put in place a much more fair step wage plan for all.

Join us! Help to build the union in your city! Workers around the state are fighting for recognition of a Municipal Workers Bill of Rights. Download attached flier and circulate to their co-workers!