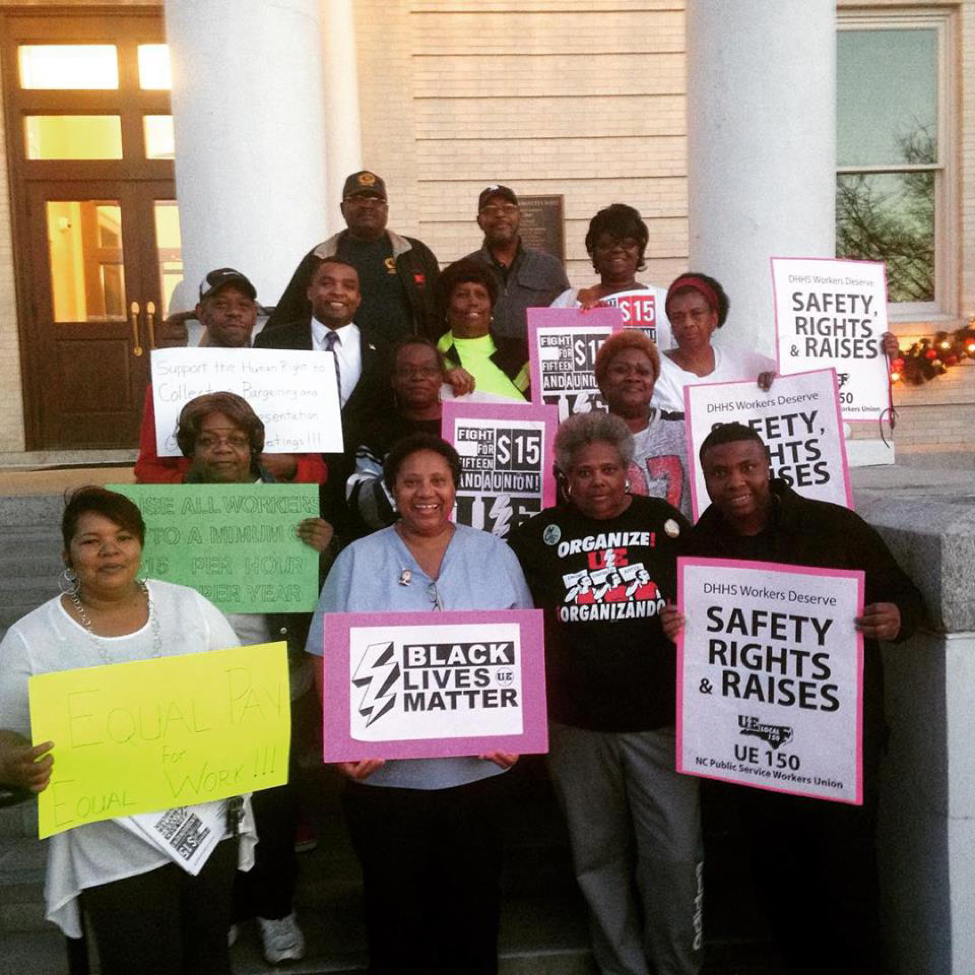 Charlotte City Workers Union leaders have been meeting with  former City Manager Ron Carlee and Human Resources going back to 2013 regarding workers being way behind “market rates” and high levels of turn-over.  An entire new pay structure will go into place in February 2017 that will move workers with more than 5 years service in that job title up in their pay scale. Those with over 11 years service will see generally around a $4,000 wage increase!

This wage plan is much more fair and will help end reliance on only merit (favortism) based raises. Union members will have to keep fighting to make sure the increases get distributed fairly!

But workers must be clear, this came from UE150 members across the state struggling for 3 YEARS to get this policy enforced!    Starting in March 2013 when the union published a report on need for In-Range Salary adjustments showing that over 75% of all HCTs, Food service,  housekeeping and all low wage jobs are still making ROCK bottom of their salary range.