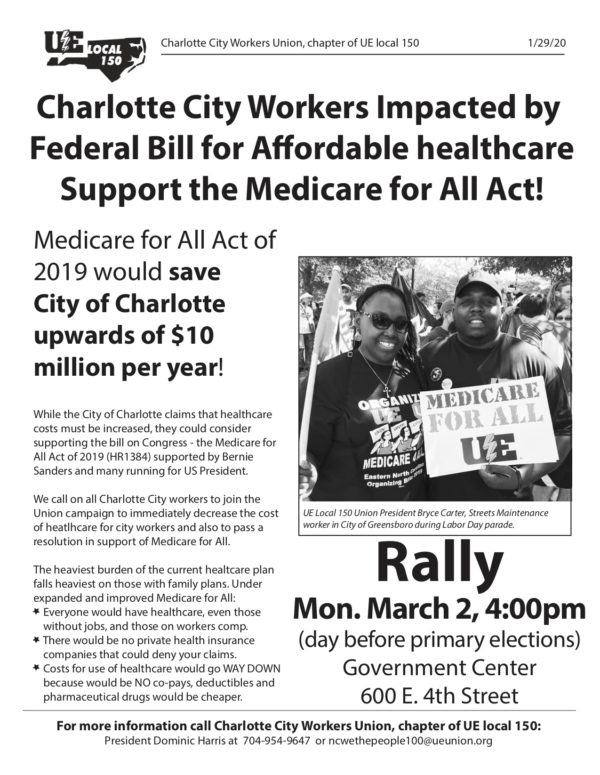 Medicare for All Act of 2019 would save City of Charlotte upwards of $10 million per year!

While the City of Charlotte claims that healthcare costs must be increased, they could consider supporting the bill on Congress – the Medicare for All Act of 2019 (HR1384) supported by Bernie Sanders and many running for US President.

We call on all Charlotte City workers to join the Union campaign to immediately decrease the cost of heatlhcare for city workers and also to pass a resolution in support of Medicare for All.

The heaviest burden of the current healtcare plan falls heaviest on those with family plans. Under expanded and improved Medicare for All: