‘Death don’t stop nothing’: Inside an accident at a Fayetteville factory’ 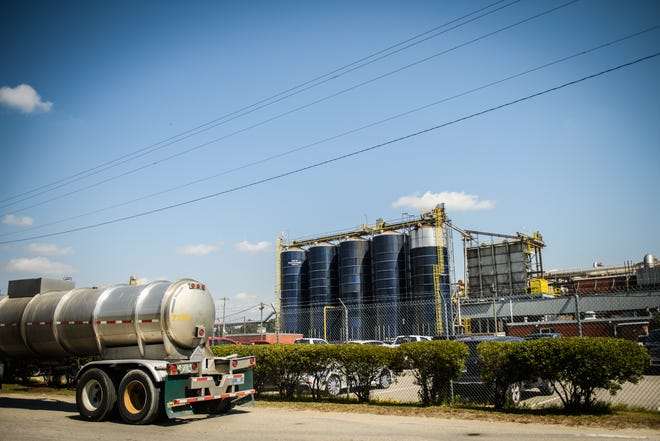 The gas nearly leveled Meldrick Knuckles. He’d later compare the sensation to losing a game of tug-of-war, his breath snatched away in seconds. Knuckles works at the Valley Proteins animal rendering plant in Fayetteville. The facility takes in unused body parts from area poultry farms — like feathers, skins, intestines, and blood — and cooks them into a fine protein powder that gets sold back to farms as animal feed. “It’s like a recycling circle,” Knuckles said.

As a yard jockey or “yard dog,” he is assigned to dump trailers full of poultry parts into the plant’s multiple massive cooking pits. Each pit functions as an
industrial blender, some descending more than 12 feet and getting narrower at the bottom. Employees say a gas line runs near the pits to help fuel the
rendering process. Even when everything works correctly, the smells can be all-encompassing.

Recently, on the second Saturday of September, Knuckles was standing on a catwalk above one of the pits when he noticed the troubling gas. He started
backpedaling until he could draw in clean air. Once his balance restored, he completed his shift and said he later informed his supervisor about the fumes.
The next day, near the bottom of the pit below where Knuckles had worked, two Valley Proteins maintenance workers were found dead. According to their
death certificates, their immediate cause of death was asphyxia — oxygen deprivation. The medical examiner listed their underlying cause of death as “in
confined area with high levels of Hydrogen Sulfide Gas.”

Hydrogen sulfide is a highly toxic gas that smells like rotten eggs. It’s found in petroleum and natural gases but also gets produced when bacteria break
down organic materials like animal parts. Heavier than air, it tends to gather in enclosed, low-lying spaces.

Knuckles knew one of the workers who died in the pit. Kevin Hoeft, 48, was a U.S. Army veteran who had spent 13 years at the Fayetteville plant.
Coworkers informed Hoeft’s long-time partner, Tina Elsenpeter, that his body had been found in a bear crawl position several yards from where he’d been
repairing a pump. It appeared he’d been trying to escape the pit.

Read the full article at