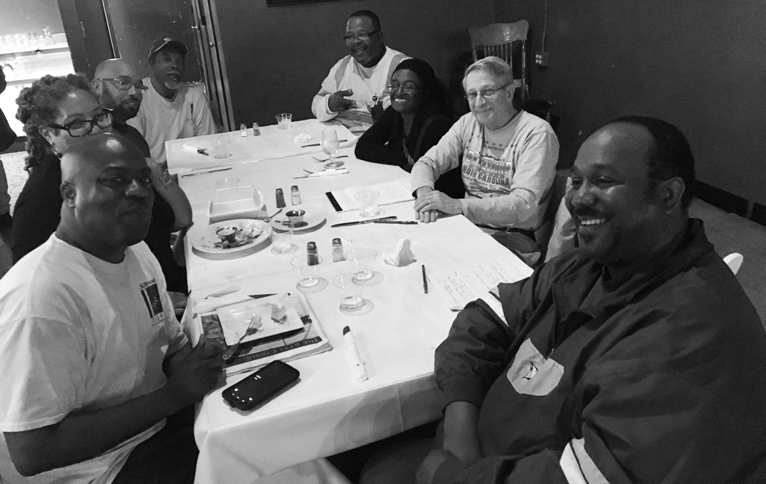 On December 1, 2016  several leaders of the Durham City Workers Union met with two City Council members- Jillian Johnson and Steve Schewel — to follow up on our 2016 City budget proposals.  The union is now pushing for many important changes to city policy and practice.

We need a new system of worker input — meet and confer between the City Manager’s office and the elected leaders of the union on a quarterly basis.   We have practiced this for years, but since recent denials from the City Manager, are now advocating for the city to adopt a formal policy granting the union these important meetings.   The brown bag lunches the city has recently set up are a response to our request for more input from workers.  However, these meetings are often during work hours when workers can’t attend, plus they are not set up to actually hear real concerns from workers. Workers have been reporting major safety issues to the union, which these meetings have not addressed.

The union was able to get information that shows how unfair merit raises are — this past year it was managers and adminstration that got 5.5% wage increase while front line workers often were only given 3.25% based on unfair evaluation system.  We need across- the-board raises based on seniority, and ability to evaluate ALL supervisors and upper management!

The Union represented two workers in unjust suspension grievances. The grievance hearing panel voted in favor of the workers, but City Manager Bonfield overturned the panel’s decision in support of management.   This needs to end.  We need Civil Service protections!  Also, workers filing grievances have had a long practice of choosing a support person for pre-disciplinary meetings and grievance hearings. But since Regina Youngblood became director of Human Resources, she and City Manager Bonfield have changed the grievance policy to limit representation rights. Earlier policy changes limited topics on which grievances could be filed. This needs to be expanded so workers can appeal evaluations, grieve unsafe conditions, and more!

In late Fall, many workers were relieved to hear about the release of Coleman Brown.  It is important to note that he left after several workers filed grievances and fought them as far as they could go.   After such a rash of negative instances, Coleman had no choice.  Workers must continue the important work of  filing grievances, documenting management, bringing concerns to union meetings to continue to develop strategies.