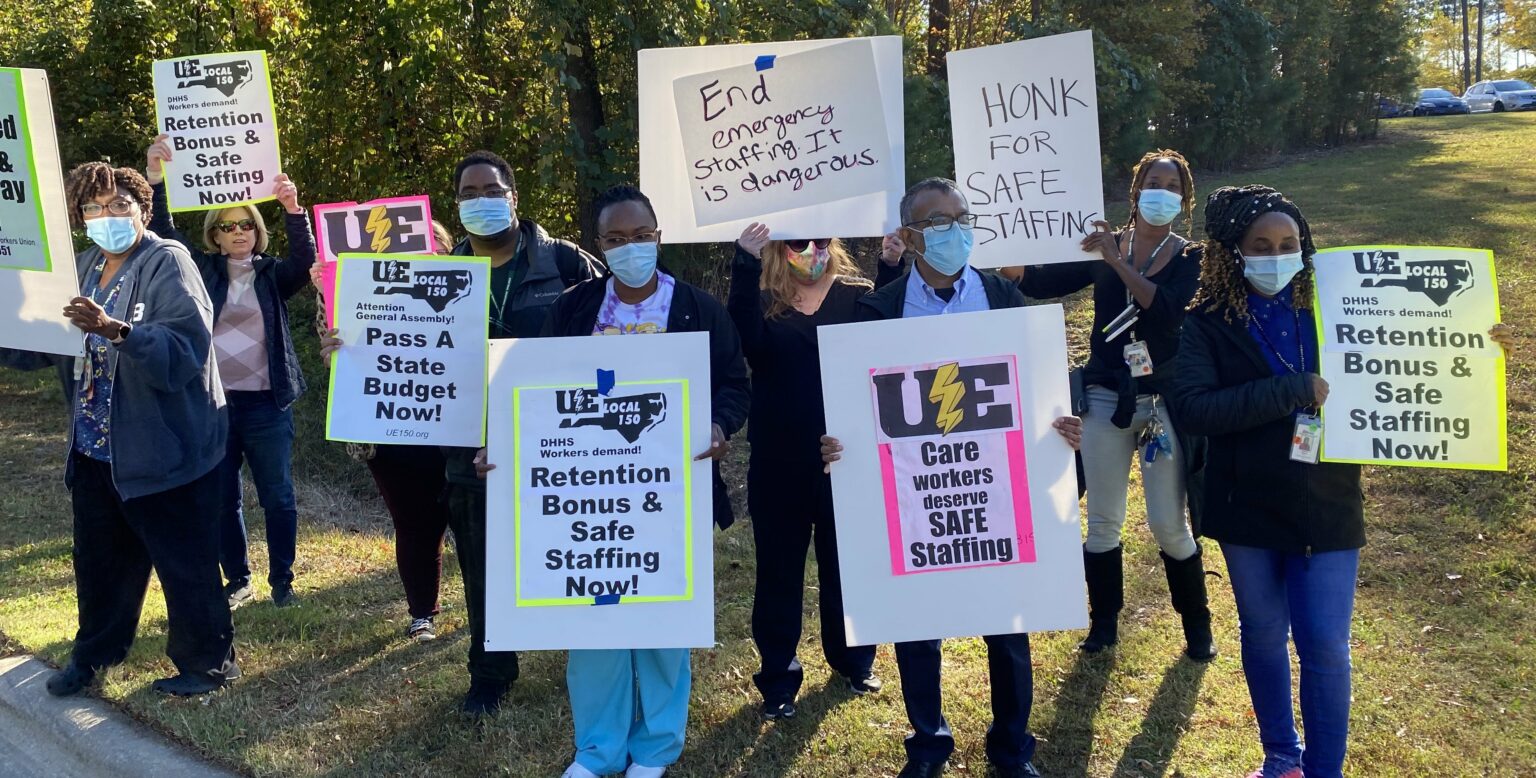 On November 18, 2021, Governor Roy Cooper let workers down by signing a compromise budget plan into law. The plan, presented to him by the Republican-controlled legislature, neglects the needs of working people while prioritizing rich corporations. This budget allocates money for the next 2 fiscal years (July 1, 2021 to June 30, 2023).

With billions of dollars available from the American Rescue Plan Act ($8.8 Billion), NC Rainy Day fund, and increased tax revenues, the Legislature has record money to make critical investments. Instead, this new budget prioritizes corporations and high- income earners above the health care, education, and the vital infrastructure needs of the people of North Carolina.

The State Budget grossly under-funds public schools according to the court order under the Leandro Comprehensive Remedial Plan. By refusing Medicaid expansion, more than 500,000 North Carolinians with no health coverage will not get care for chronic conditions, prevent illness and disease progression and live healthy, productive lives.

The new budget offers a meager 5% raise over the next 2 years for teachers and state workers. It also includes a one-time $1,500 bonus for most. After failing to pass a budget for the last 2 years, this new trivial pay “raise” is really a pay cut because it will not even keep up with inflation and increased cost of living. Meanwhile, high earners will see a dramatic 20 % decrease in taxes while corporations look forward to paying no taxes at all by 2029. This will cut out billions of dollars in revenue each year for the state budget and significantly reduce future spending by the state.

As if it wasn’t enough, this budget also failed to offer temporary hazard pay to all frontline university and state health workers. Despite historically high vacancy rates in its DSOHF facilities, it failed to offer vaccine bonuses, funding for the recommended Safe Staffing Task force, or future commitments to In-Range Salary Adjustments allowing workers to reach top pay. Meanwhile, the Rainy Day fund will still have $4.25 Billion dollars by the end of 2022. A budget reflects moral and ethical choices. State officials have demonstrated whose side they are on.